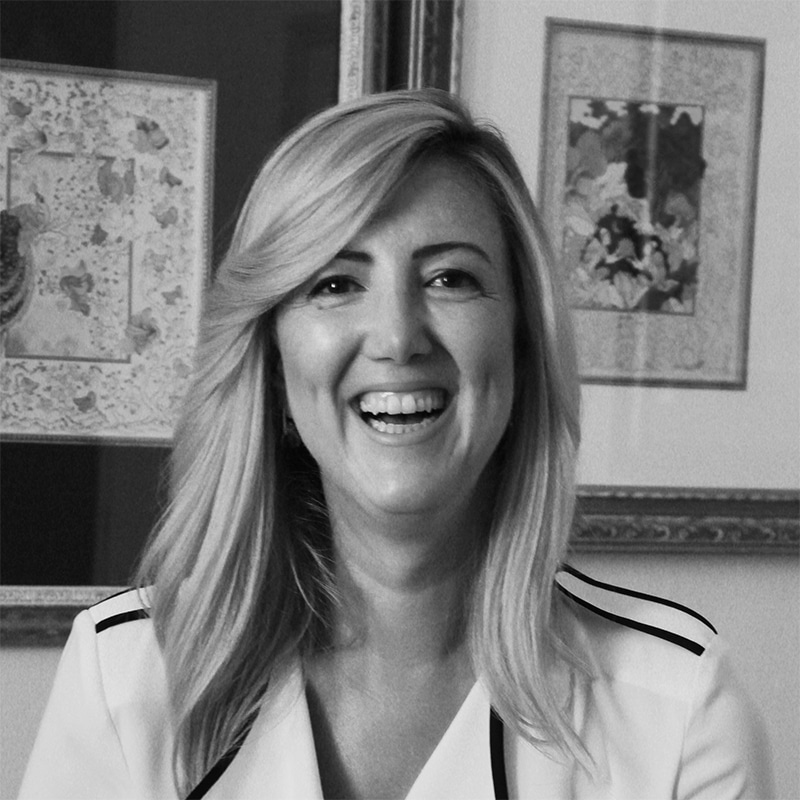 Filiz Adiguzel Toprak received her BA from Dokuz Eylül University, Fine Arts Faculty, Department of Traditional Turkish Arts, Major of Manuscript Illumination in 1997 and her Master of Arts degree with honors from the same faculty by conducting a research on illuminated Islamic manuscripts held by the Victoria and Albert Museum in 2000. While conducting her research in London, she completed the post graduate course “Arts Management” at Middlesex University.

In 2004, she received her “Diploma in Asian Arts” from the Asia Department at the British Museum in affiliation with Royal Hollway College.

In 2007, she received her Proficiency in Arts on Ottoman Miniature Paintings from Dokuz Eylül University, Institute of Fine Arts.

She has participated at the “Persian and Indian Miniature Painting Workshop” at The Prince’s School of Traditional Arts held in February 2010, and she studied traditional Indian painting techniques in London.

We use cookies on our website to give you the most relevant experience by remembering your preferences and repeat visits. By clicking “ACCEPT”, you consent to the use of ALL the cookies.
Read MoreACCEPT
Manage consent

This website uses cookies to improve your experience while you navigate through the website. Out of these, the cookies that are categorized as necessary are stored on your browser as they are essential for the working of basic functionalities of the website. We also use third-party cookies that help us analyze and understand how you use this website. These cookies will be stored in your browser only with your consent. You also have the option to opt-out of these cookies. But opting out of some of these cookies may affect your browsing experience.
Necessary Always Enabled

Performance cookies are used to understand and analyze the key performance indexes of the website which helps in delivering a better user experience for the visitors.

Analytical cookies are used to understand how visitors interact with the website. These cookies help provide information on metrics the number of visitors, bounce rate, traffic source, etc.

Advertisement cookies are used to provide visitors with relevant ads and marketing campaigns. These cookies track visitors across websites and collect information to provide customized ads.

Other uncategorized cookies are those that are being analyzed and have not been classified into a category as yet.

Sign up to our email list and be the first to get: Information on new arrivals in our shop; Special offers and promotions.

You have Successfully Subscribed!